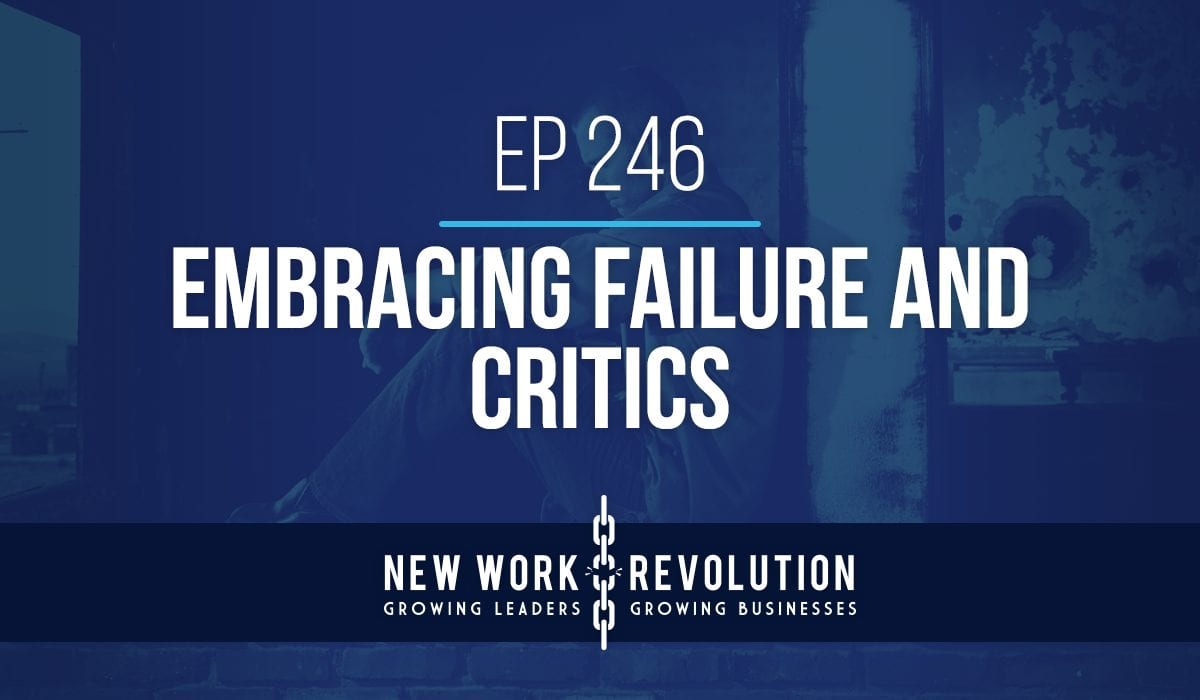 It is not the critic who counts; not the man who points out how the strong man stumbles, or where the doer of deeds could have done them better. The credit belongs to the man who is actually in the arena, whose face is marred by dust and sweat and blood; who strives valiantly; who errs, who comes short again and again, because there is no effort without error and shortcoming; but who does actually strive to do the deeds; who knows great enthusiasms, the great devotions; who spends himself in a worthy cause; who at the best knows in the end the triumph of high achievement, and who at the worst, if he fails, at least fails while daring greatly, so that his place shall never be with those cold and timid souls who neither know victory nor defeat.

~ Teddy Roosevelt Man in the Arena

No one enjoys failure and/or criticism.  In today's podcast, I don't suggest that you like these things but we can learn from them.  We can also protect ourselves from the impact that failure and criticism has on our ability to create value for others.

In this week's show, I talk about:

Enjoy this week's show and make sure you subscribe and rate the show in iTunes.

Loved this? Spread the word

Brandon is the Founder & CEO of New Work Revolution, a noted speaker and strategic thinker. After working in corporate America for 10 years and experiencing the good, bad, and ugly of it, New Work Revolution was created to assist business owners in stepping into their power as a leader so they can build teams and grow their business the RIGHT way.

Connecting Your Customer to Your Brand: Interview with Leslie Zane

How Do People Experience You As a Leader?